I've found a few various creatures in my camera lens recently. Let's see what we have here.

This Opossum showed up in my game camera. We also saw a suspected skunk; at least, the blurry shape was black and white, and judging from the smells the next morning, I don't think it was the local cat. 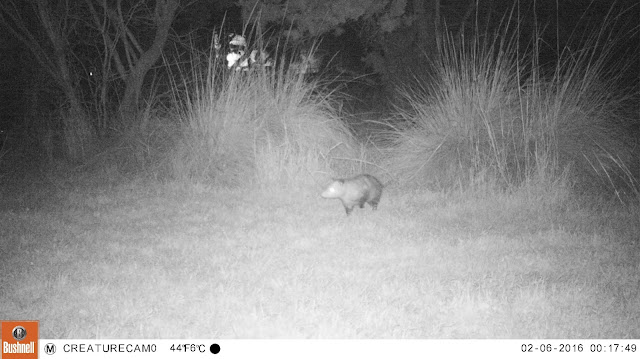 Here's a Great Horned Owl that alighted in our tree the other night. I happened to see her land; the motion looked unfamiliar - not a vulture - and then I realized the shape had ears! It was almost dark; the sun was well down, but I grabbed my long lens and maxed out the camera as fast it would go. 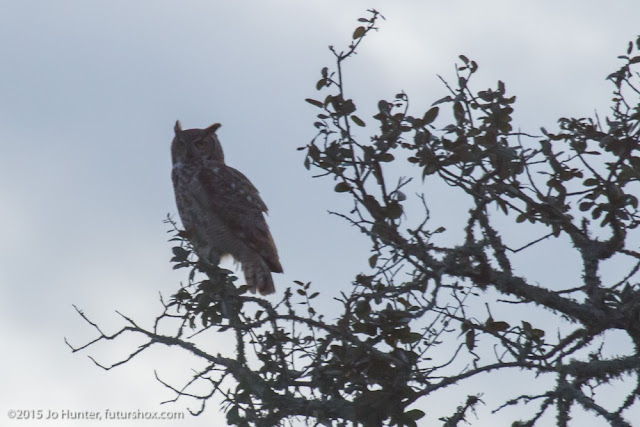 Here's a Polyphemus moth outside friend Terri's stable. That hosepipe in the picture is an inch in diameter, for scale. 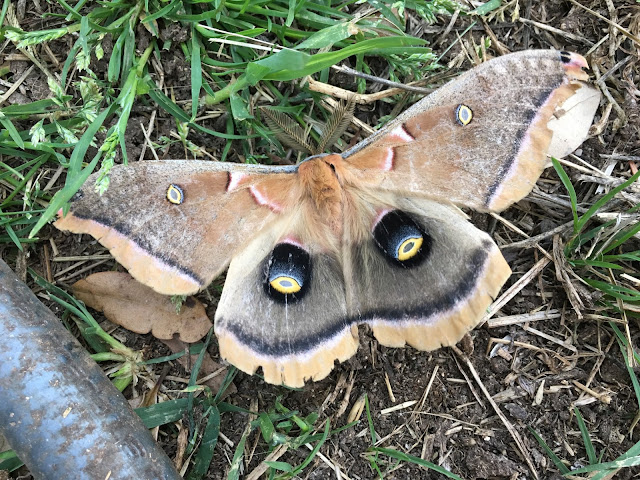 This is from back in January but I don't think I posted it yet. A Sparrow and a Cardinal sharing the feeder. 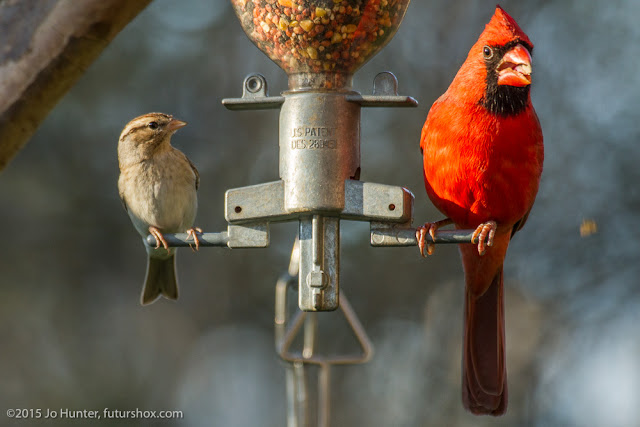