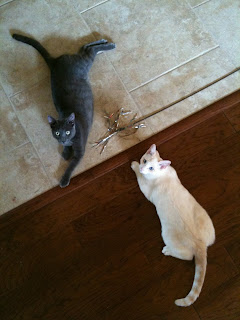 It was my good fortune this week to have a trip out to California, visiting Beale Air Force Base, where I was to photograph a buddy of mine doing wonderful things in a T-38 aeroplane. Meanwhile, we were stationed in the Visiting Officers' Quarters (VOQ) on base.

The air base is huge, and being in California in the summer, it is covered in very dry, crispy looking grass; all golden in colour. Now you know why they have so many wildfires over there.

Behind the VOQ was a road, which led to a trail going down into the valley. Early morning walks down here were very pleasant. The grass consistently rustled with the sound of ten million lizards. At the bottom was a small dammed lake, with a salmon ladder allowing the fish to swim up from the river below.

The first morning was a voyage of discovery. I didn't really expect this kind of pleasant space on an air force base. The second morning, I took my long lens with me, to capture some of the wildlife. Click each picture to enlarge it. 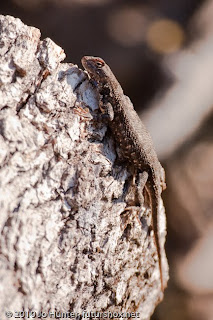 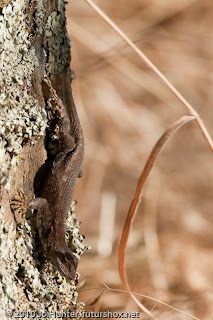 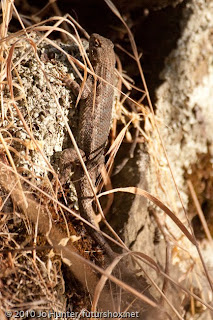 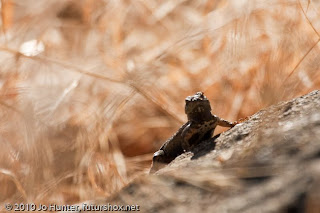 I think this is a wild turkey. She has five chicks, some of whom are visible here. Each chick is the size of a small chicken; these are big birds! 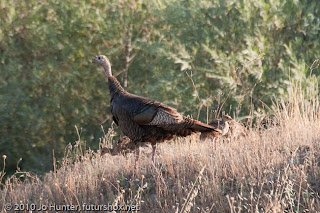 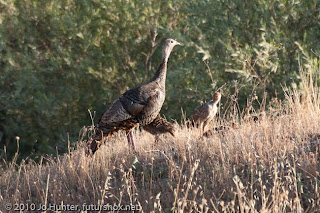 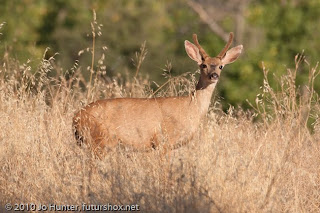 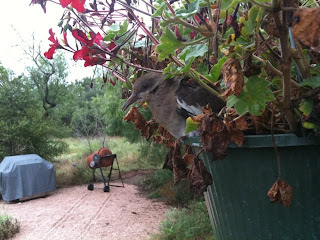 Bandit was looking really smug this morning after catching this mockingbird. I grabbed it off her and put it in the hanging basket where she can't reach. Although she had a damn good try! It is looking dazed but is moving around.
Posted by futurshox at 10:21 0 comments