We had both Ginger Cats visiting this morning. Here is Light Ginger by the window and his brother Dark Ginger below. They come from the house across the way and are a little over a year old. They do have real names but I forgot them. 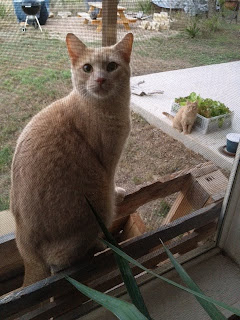 Smokey isn't convinced by them. He spent about half an hour growling at them, but they are thick and didn't take the hint, although Light Ginger didn't stick around for long. Meanwhile, Dark Ginger and Smokey took it in turns to nibble the lettuce from our tray. Damn cats! 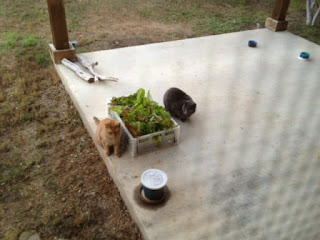 And of course Snowman is wanting his breakfast, while Dark Ginger wants (a) to get in the house or (b) to eat Snowman's food; whichever is available... I am thankful he doesn't appear to have worked out what the cat flap is for. Yet. But if I open the door, he's in like a shot. 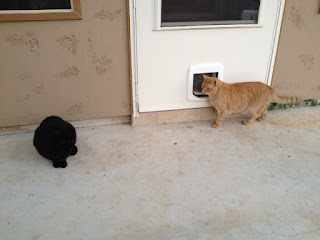 So I ended up having to hold Dark Ginger while Snowman ate. Again...
Posted by futurshox at 07:30 0 comments

Got Smokey to pose this morning :-) 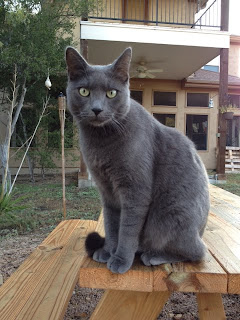 We have had the tall cat tree for a while. It used to be Bandit's favourite perch, but has lain largely unused since her passing. However, in the last few days, Smokey has decided he is going to sleep on top of there, instead of in his tower. Time for a change, I guess. 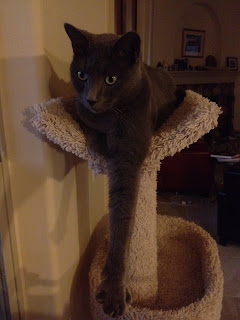 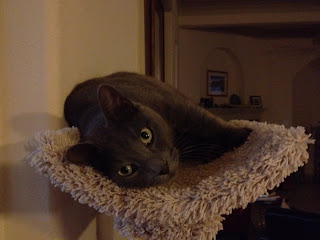 For the first time in months, we are getting some much-needed RAIN! With the lakes at an all-time low and major league drought restrictions in place, this is so necessary.

This storm is moving from west to east, right over us: 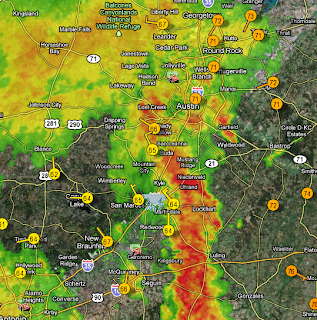 As I type, it is up to 0.8 inches and rising, although the bulk of the storm has gone through already.

Look! Real, honest, water! And some thunder, too. 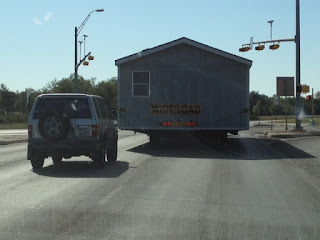 When Americans talk about moving house, they mean it!
Posted by futurshox at 15:16 0 comments

Email ThisBlogThis!Share to TwitterShare to FacebookShare to Pinterest
Labels: random

I managed to catch a nice one of our hanger-on Snowman in the golden sunset light, between beggings and mewings for his dinner... 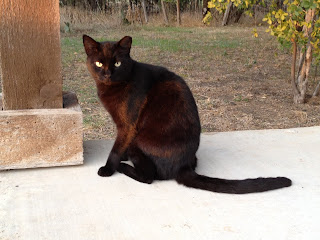 Meanwhile, here is one of the ginger cats from across the way. Inside our sun room. He is a little menace, this one. Very friendly - almost too friendly - winding himself around your legs; you really have to watch where you step. He will come running if he sees us. And always dart for an open door. I had to let him stay in here while Snowman ate his breakfast this morning, as it was the only way he could eat unmolested, otherwise this one will steal it. 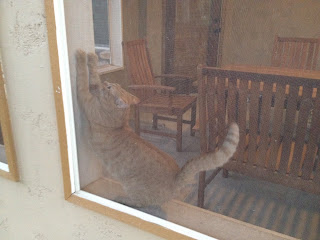