We were enjoying a lazy Sunday afternoon on our balcony, when Smokey Cat saw something from his perch on the roof. His eyes like saucers, he slunk inside and hid under the bed. What caused such consternation? When these four Wild Turkeys hove into view from behind a tree, we understood! They are huge birds - bigger than Smokey, for sure; they probably stand a good two and a half feet tall. We have lived here for five years and have never seen them before. They are magnificent birds. 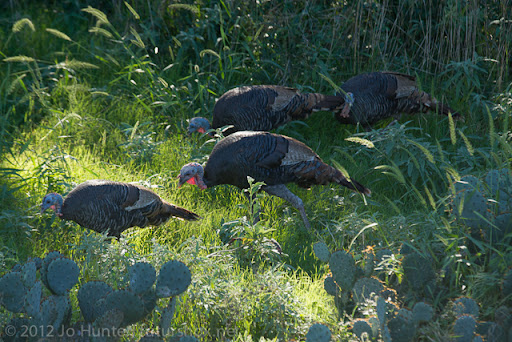 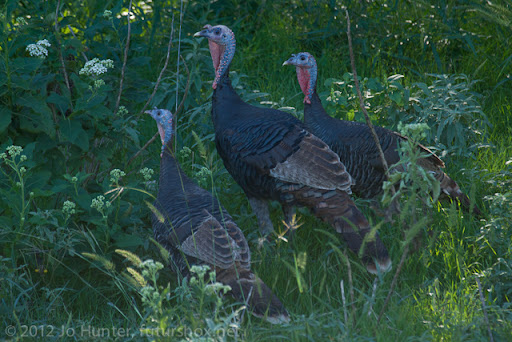 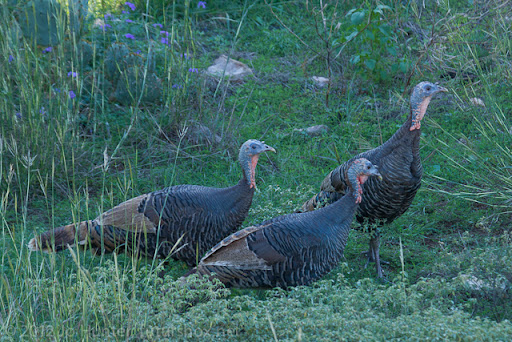 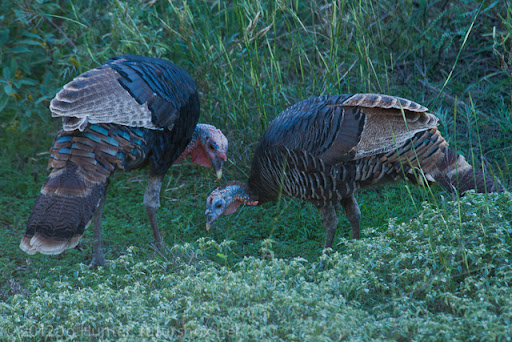 I think we have here one male and three females. The male is bigger than the other three and darker in colour. They hung around the garden for ages; wandering into the front yard for a while before coming back around. 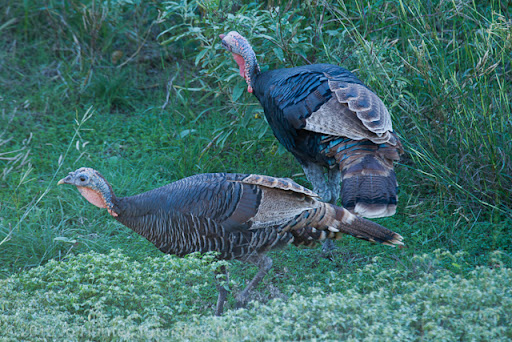 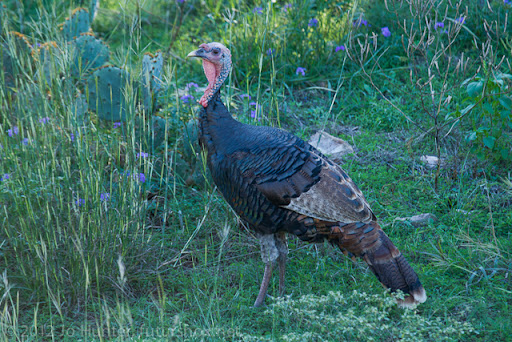 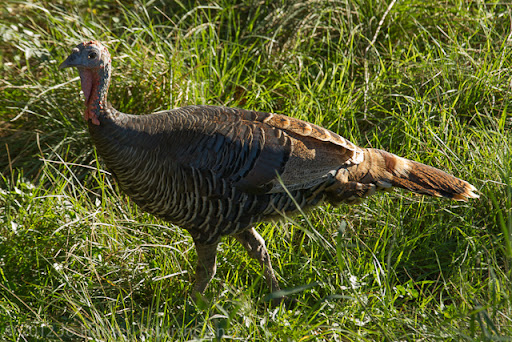 We could walk up quite close to them and they did not seem bothered, although we kept enough distance to not be a threat - I wouldn't want to get on the wrong end of those beaks and claws! 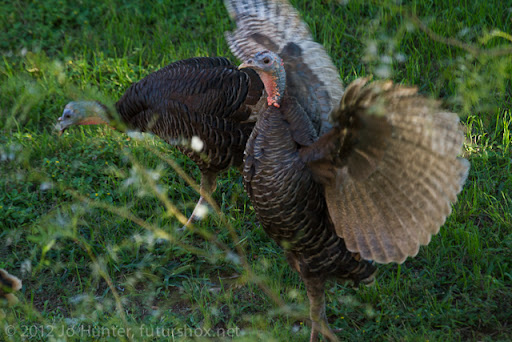 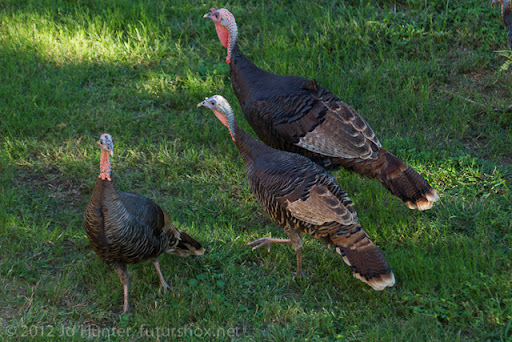 We went into the garage the other morning and found a load of tools and equipment scattered all over the floor, including a lot of my glass gear. Some of the glass and boxes at the window had been knocked over, too. We figured it was Smokey, chasing a bird at the window. We tidied up and thought not much more of it.

The next day, everything was scattered again! We figured we had a Beast. It didn't take long to find our guest, hiding behind a box. We had to look up what it was - never seen one of these before! Behold our visitor, a Possum, the only marsupial species in North America. A bit scared, here.

The possum in the garage 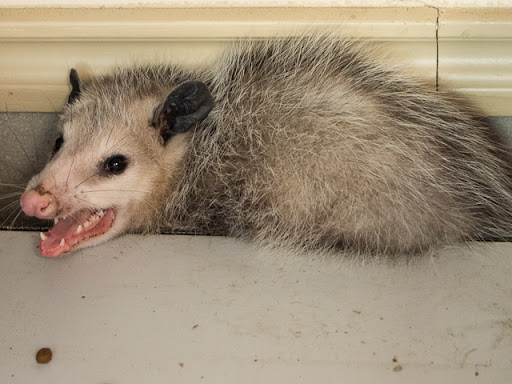 I went to the vet to see if they had any traps. They don't, but Kim who works there has one, that she kindly fetched from home and lent me. We put down some dry cat food pellets and waited to see what happened. Next morning - possums are nocturnal - the trap was empty. So Alan bought a tin of wet cat food and we tried again. This time; success! A possum in a box. He ate every scrap of food; poor thing must have been starving, he was with us for four nights. 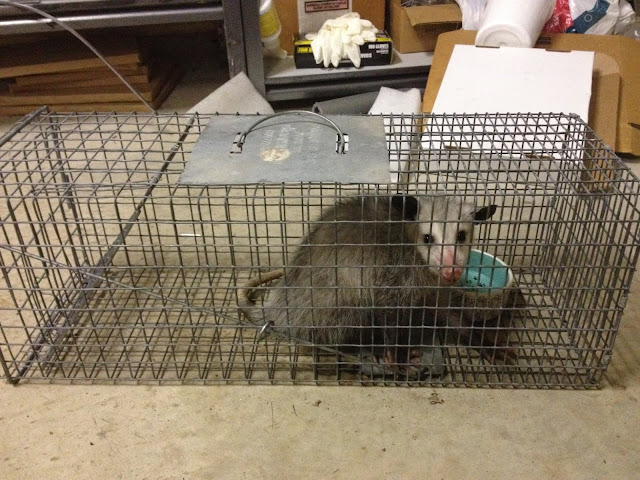 Here he is outside, getting some fresh air before we released him. 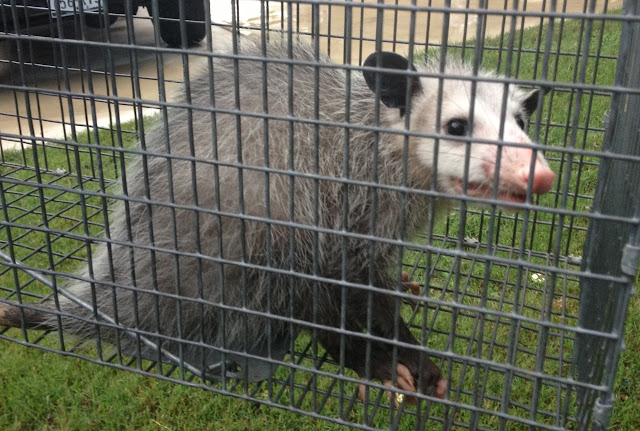 We took him up to the far end of the garden to release him, away from the house. Alan set the trap down and opened the door. The possum came out pretty quickly and dashed off into the grass. He was last seen making a bee-line back towards the house... but the garage door is shut now ;-) Watch his release in the video below.

Alan has been busy with his oven this last week or so. It is slow progress, but it's coming. He has to wait for the cement to set for each row of bricks before he can build another row on top. 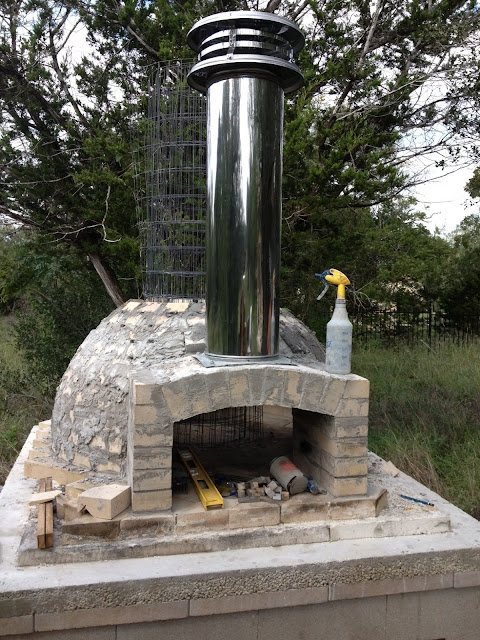 Here you can see the hole is getting smaller as he nears the end. It is also taking a while to cut the bricks; they are strange angular shapes, especially near the chimney. 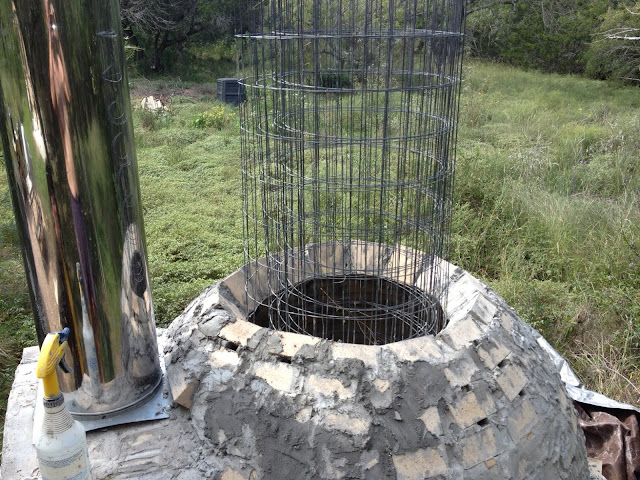 The dome taking shape. The holes are left by the angled pegs Alan is using to tilt the bricks. 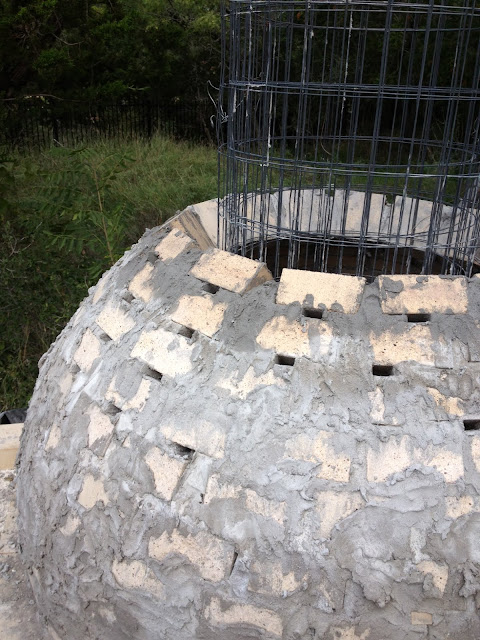 Being cute, stealing my seat on the sofa. Just because we haven't seen Smokey for a while on here. 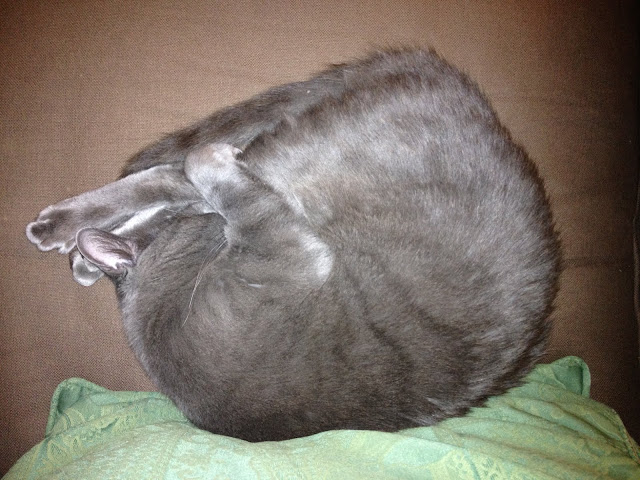 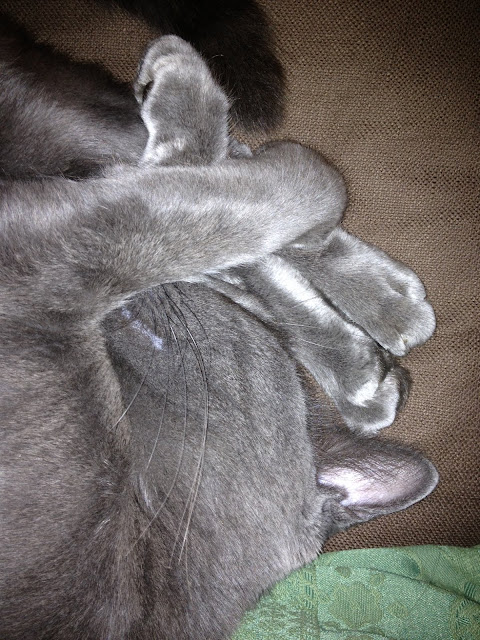 Here is a Lantana flower from our garden. They are very small, each flower head is only about 1/4 inch diameter. 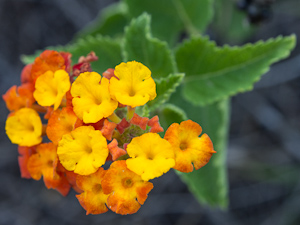