Time for a glass update. I haven't made a whole lot recently but I haven't been entirely idle, either.

These first two I cannot claim any credit for originality on, they are straight out of the 'Waste Not!' ebook from fusedglassbooks.com. But they were useful learning exercises and ways in which to use up some scrap.

I took my ring saw to the edge of the blue one and then fire polished it, to try and make it more uniform. It could have done with a visit to the grinder first as well, and probably a higher polish temperature, but you live and learn. 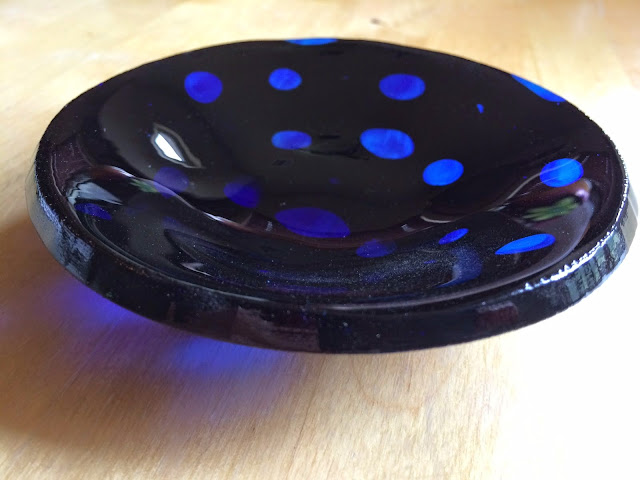 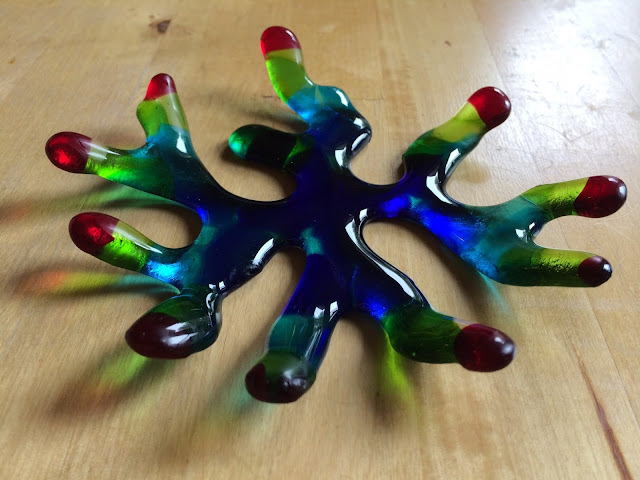 This one is the first piece I have made with actual lead since I did my original class way back when. I had to go and have a refresher session with Bob at Blue Moon just to get my head around how to cut the lead. 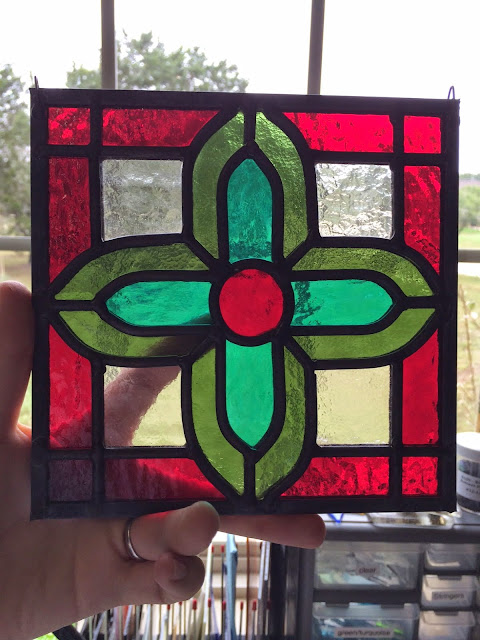 I made this one for an aviation friend of mine. 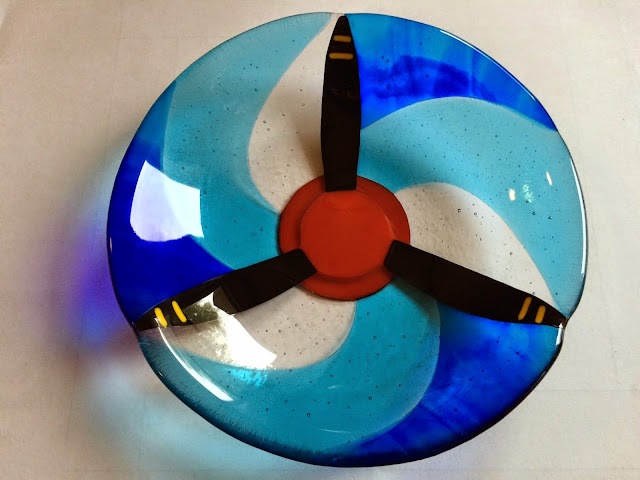 And here we have one made for the owners of this Fokker Triplane. 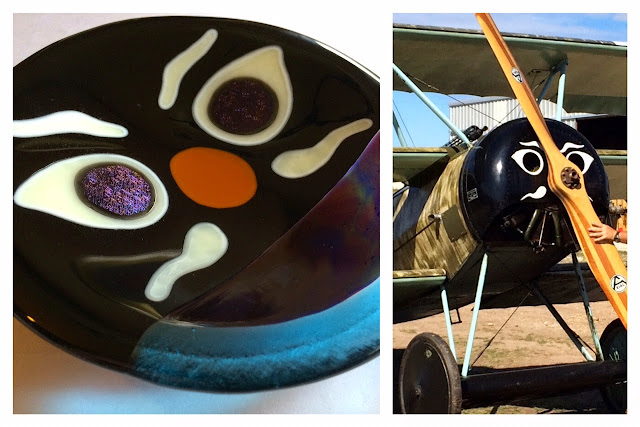 I got woken up at 5am this morning to the sound of a breaking plant pot. Then I start to hear scrabbling noises around the cat flap. 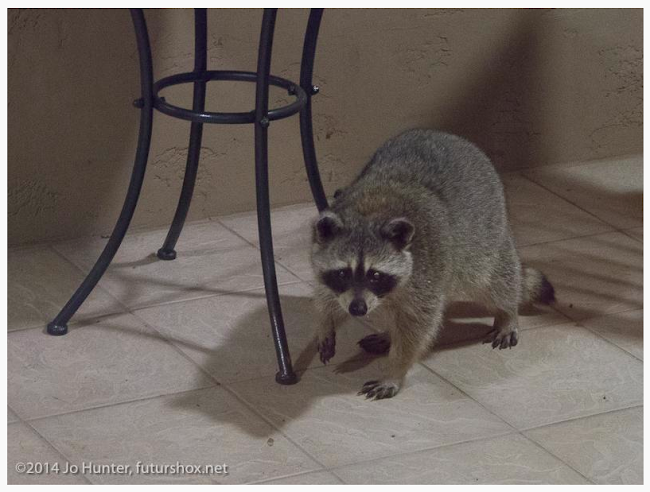 Of course, the cats were now also awake, active and curious. The last thing I wanted was a feline-raccoon interaction. So I went out the front door, around the house, and opened the sun room door from the other side. The raccoon shot out and ran off into the dark.

Just when you thought the brick oven was a mere myth and legend...

It's been a few months since the last update, and the reason is because Alan had some repairs to make. Earlier this year, he noticed the keystone bricks in the front of the chimney were sitting low. He reasoned that lifting them with an exercise ball and cementing them back into place was a suitable approach. However it turns out that pneumatics are stronger than cemented joins... the entire front lifted up. Alan ended up having to dismantle the entire arch and rebuild it.

Which brings us to more recent times. Alan rebuilt the tunnel with a squared-off roof this time. It might not be quite as traditional but it sure is easier to construct. He's got steel beams in there for rigidity (and to hold the bricks up) and now the chimney sits flatter on top, too. So it's all good.

Below is a picture of the first fire to be lit in here, in a while. 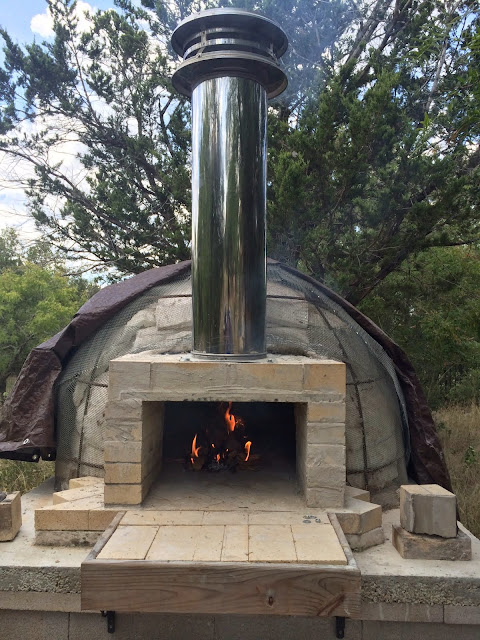 Now, we have to light some more fires inside, to dry out the new cement. When the weather gets a little cooler, it will be stucco time. Watch this space...

I thought I'd make another fan lamp, but this time do it in fused glass. Here's some shots of how it was made and how it turned out.

A layer of petals, and a center. 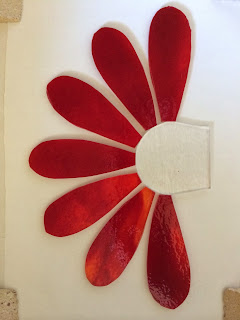 Second layer of petals and some supports. 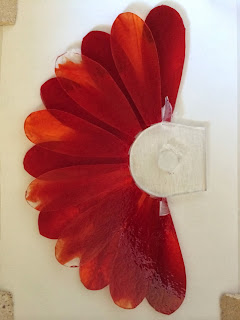 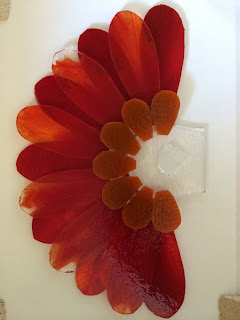 Center in place, and frit added over the top for texture and interest. The white stuff is glue. 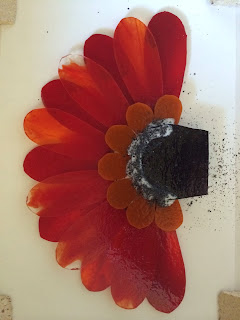 The final piece! Red glass is really hard to photograph with an iPhone, but there's a lot of visual interest going on here, especially when it's lit. 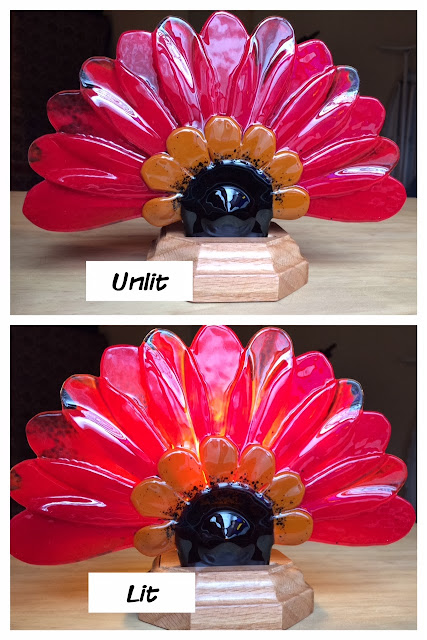 I didn't know fan lamps were a thing until a neighbor introduced me to them. She is moving soon and I bought a load of art glass from her. In the pile was this lamp kit. Once I found out what to do with it, I had to make one!

I went with an Indian-inspired design on this. Laid it out in Illustrator (as I do with all my glass designs) and here we are. It has a 25W bulb behind it, which is plenty enough. 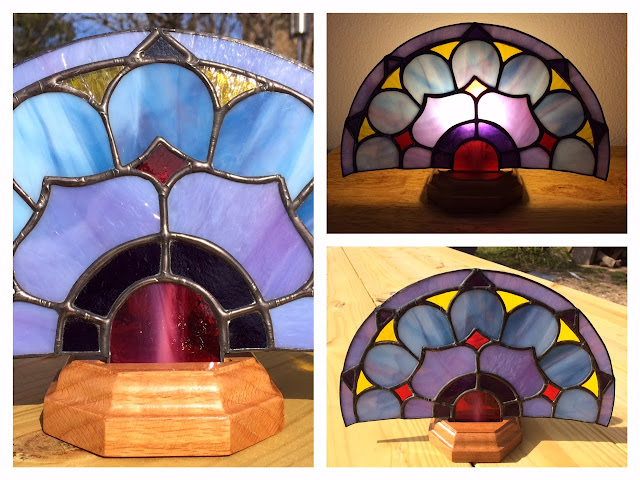 I've seen enough episodes of 'The Simpsons' and films to know that in America, sometimes the local Mayor will proclaim it to be a certain day. I've never actually seen this in real life until now. When we heard that one of our favorite local singer/songwriters was going to be honored at City Hall in Austin, we had to go along!

Here's City Hall. It's a very cool building. Lots of interesting angles in the architecture. 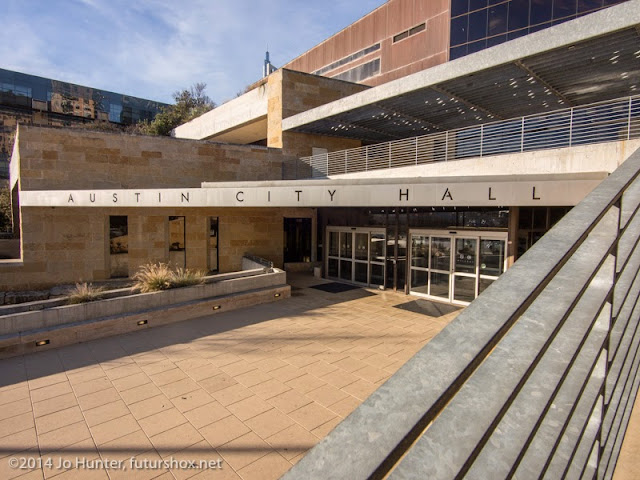 Inside the Council Chambers, they put Cheryl's album cover on the screen. 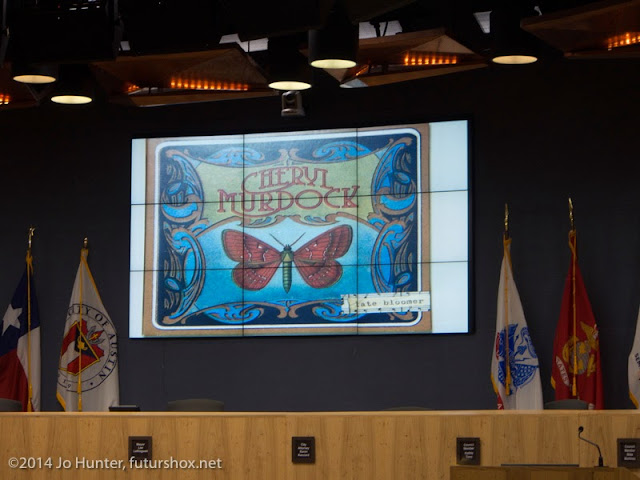 Cheryl played a song before the proclamation. 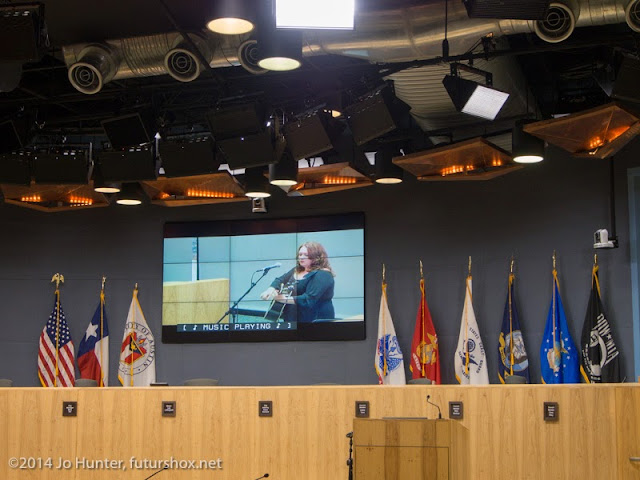 A few more shots of the Council Chamber while Cheryl's on. 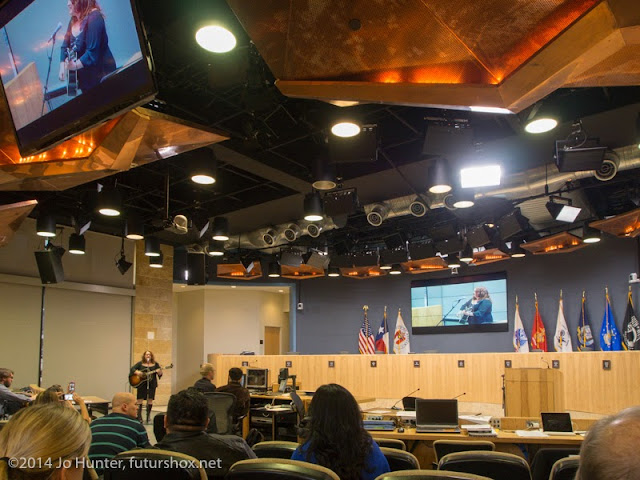 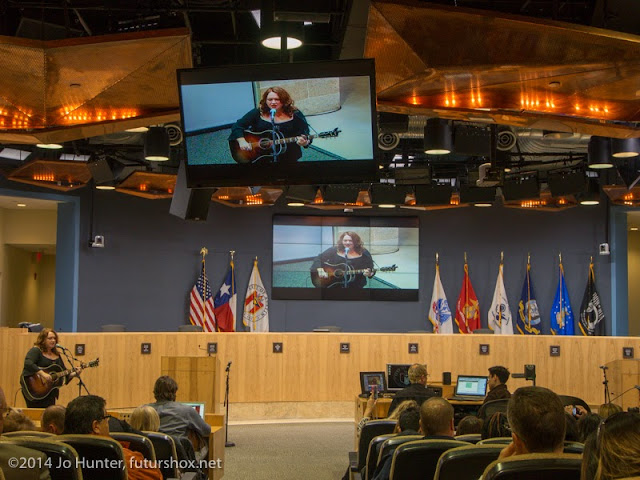 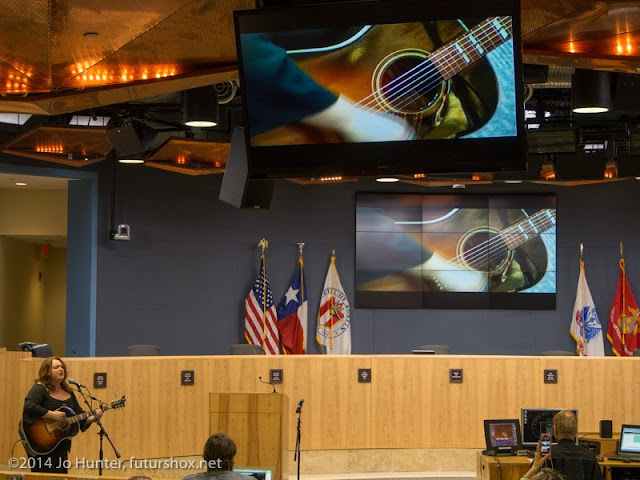 The Proclamation is read out. I don't know who the lady in pink is but she seemed to be the main speaker in the Mayor's place. The Mayor himself was busying himself with the recipient of the next Proclamation who was the reason for all the TV cameras in the room. His loss! 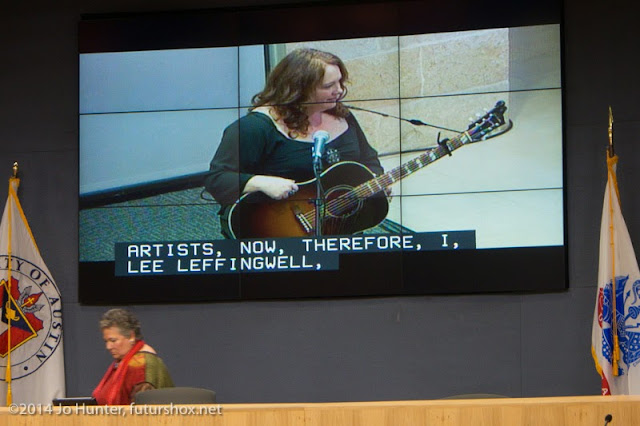 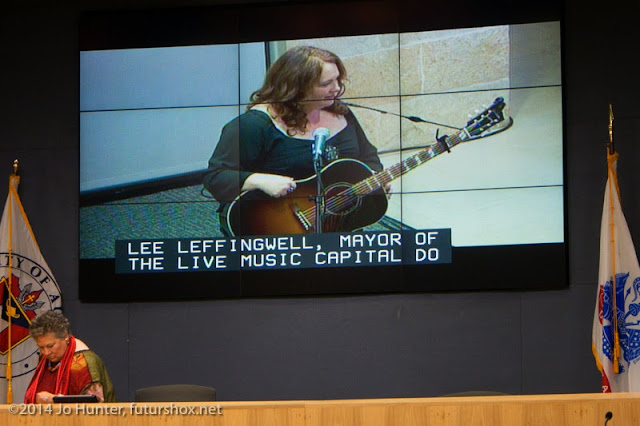 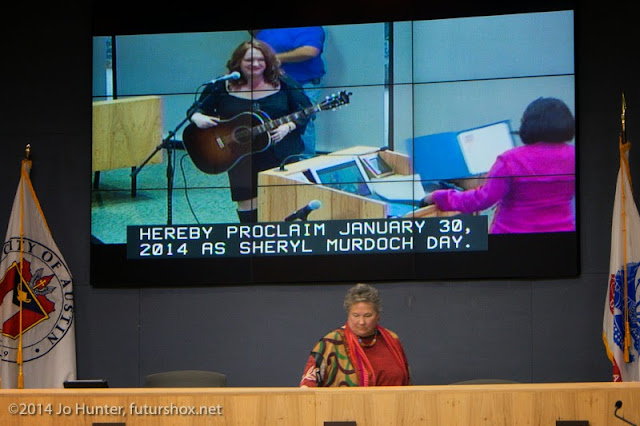 (too bad they didn't get the spelling right but what can you do?)
Cheryl is presented with the official Proclamation. 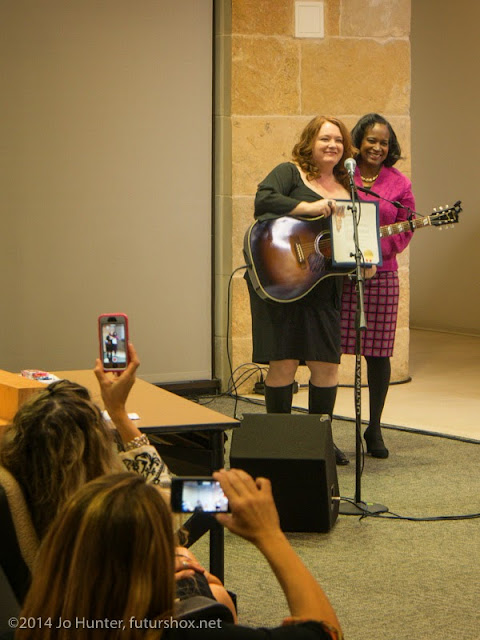 And that was it! Short but sweet.