Here is Bandit, investigating and enjoying the mesh roof on my Jeep. 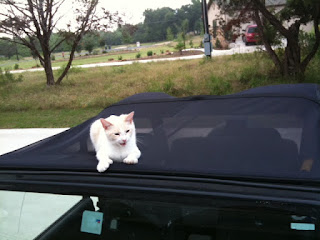 She got inside and watched birds fly around for a while, chittering at me. 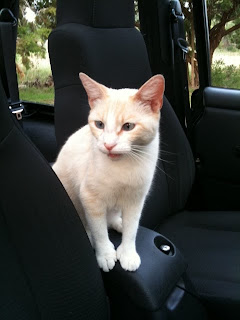 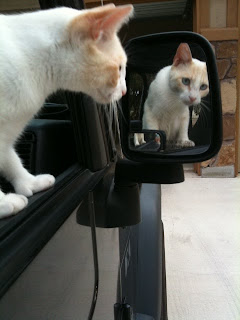 A little while later, I was getting ready to leave. When I emerged from the house, this is the sight that greeted me on the driveway! Smokey was just out of shot. They were both dancing around the snake, prodding it with paws and nose. The snake was not enjoying this, and was making a few strikes back of its own. Luckily the cats are quick; I don't think the snake connected. Certainly the cats acted fairly normally. 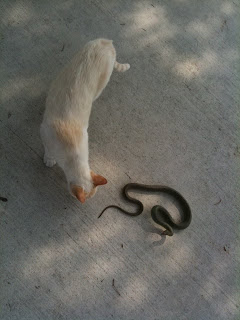 Here is a close up of the snake. You can see it has been injured... it was like that when I got there. Didn't seem to be too slow though, I hope the injury was not deep. 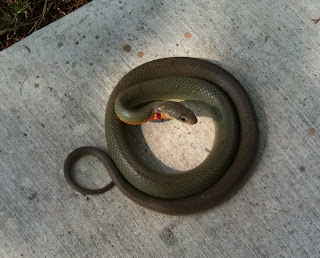 I managed to get a hold of it with a long pole (after a few attempts, the pole end got bitten a lot) and lift it back into the long grass. Then distracted the cats to a safe distance...
Posted by futurshox at 07:12 0 comments 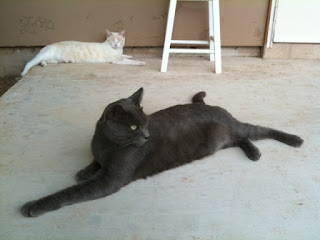 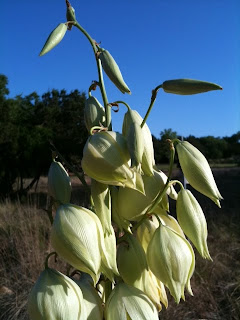 These flowers exist for only a few days. Yucca plants with long thin leaves produce them. They grow on tall stalks over a meter tall (3 or 4 feet) at least. They don't last long. The stalk dies and remains in place until the next year, when the plant tries again.
Posted by futurshox at 20:37 0 comments

Bandit was at it again! 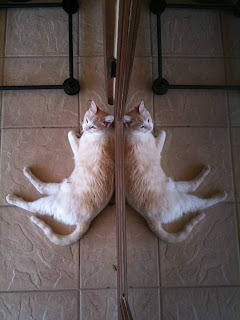 Here is the first layer of heat resistant bricks, laid down on some silicate pads. This forms the cooking floor. Obviously it needs some tidying and edge trimming etc, we will cut some of the front bricks and fill the holes to make a straight edge, but it's a start. 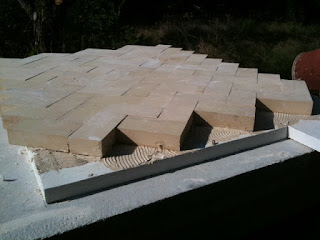