So... The Tale of the Rock.
It started with us laying a load of ground fabric in the front yard. Take that, weeds! 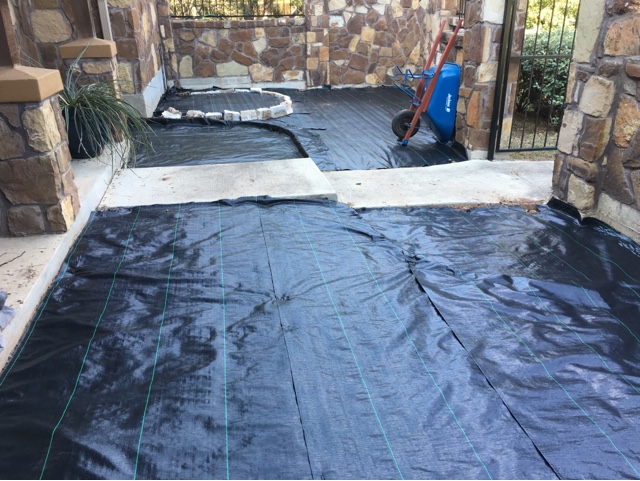 Then I ordered some River Rock from the shop up the road. An hour later, a small mountain appeared next to the driveway. Seven yards of rock, also known as a Metric Crap-Ton. 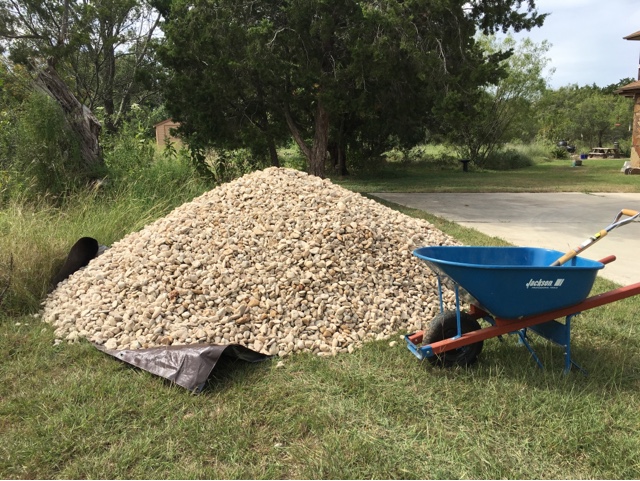 I braced myself for probably a week's work of hauling rock, a bit at a time. And made a post on Facebook about it.
Friend Doug saw the post, and the next day, he showed up with THIS! 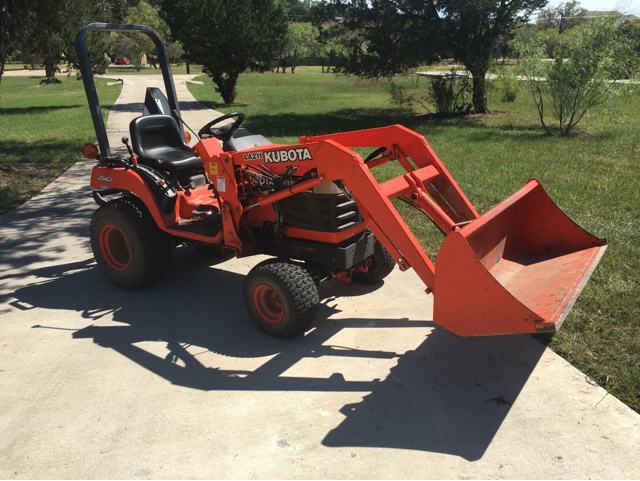 Oh yeah!
So we got to work. He fetched rock, lots of rock, and dumped half a scoop at a time into my wheelbarrow, and I would put it in various corners of the yard. 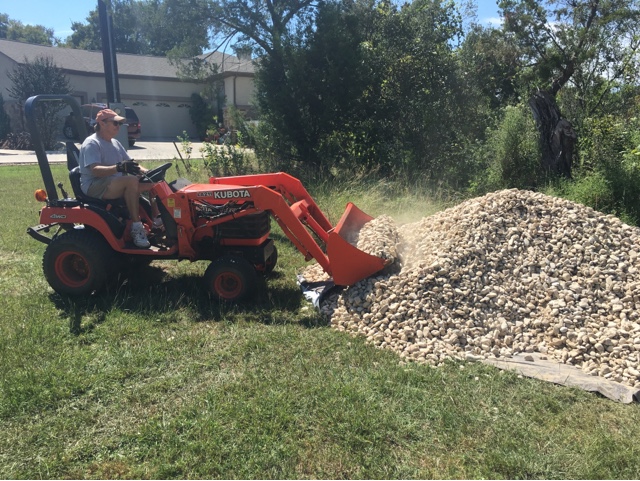 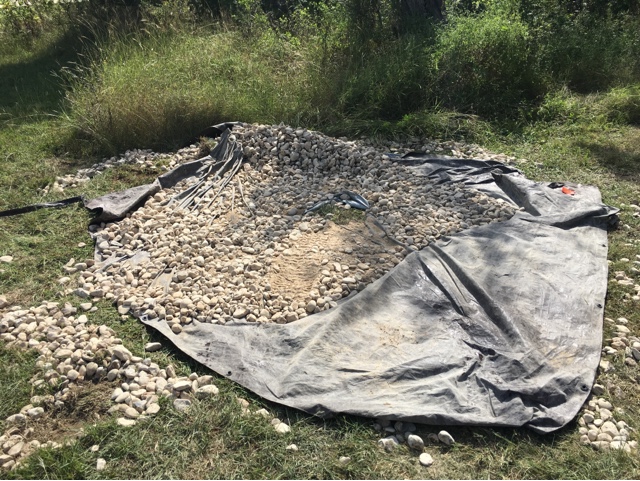 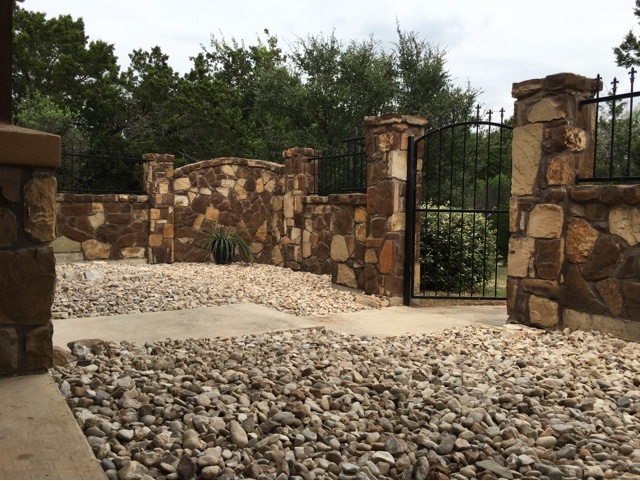 I gave Doug a tasty foaming ale after this, I can tell you! 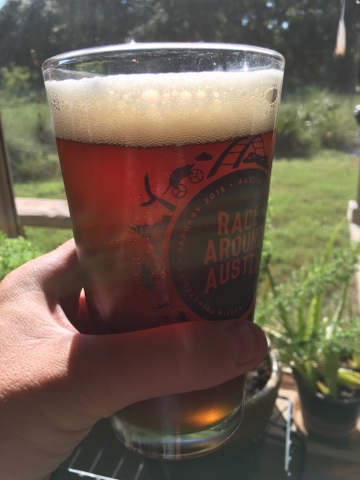